The Okinawa Institute of Science and Technology Graduate University (OIST) held its first graduation ceremony on 24th February 2018, demonstrating to the world that in just six years, Japan had established on Okinawa an outstanding new university for world-class international science research and education.

The Commencement Speech was given by Dr. Steven Chu, Nobel Laureate and former United States Secretary of Energy. Five hundred people attended the ceremony in the OIST auditorium, each personally invited as a representative of Japanese and international academia, industry, and government.

Special tribute was paid to people who made major contributions to the founding and establishment of the university. 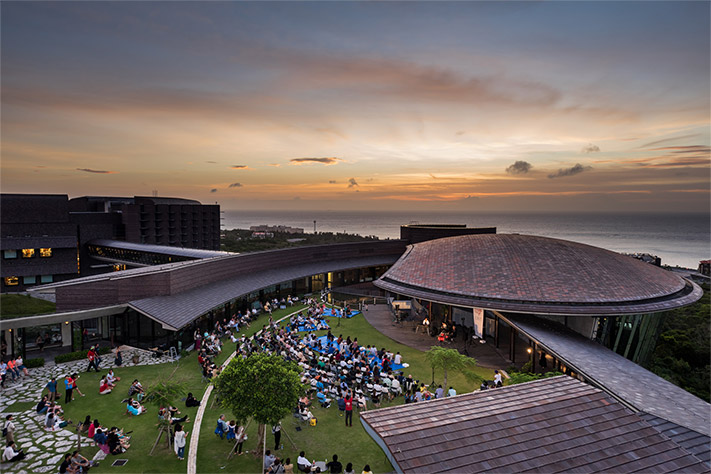 OIST is international, with over 50 nationalities working onsite. Over 60% of faculty come from outside Japan, and the working language is English. OIST produces highly trained young scientists who are completely at ease in the global environment of science and industry.

OIST is committed to interdisciplinary research. The university encourages faculty, researchers, and students from diverse fields to share ideas, methods, and experience in collaborative initiatives that break through the restrictive barriers of traditional scientific disciplines.

To ensure that new research progress is readily applied in industry and high technology entrepreneurship, OIST works closely with the Okinawa Prefectural Government and industry to develop a self-sustaining, high technology economy on the island. Due to OIST, Okinawa is becoming recognized as a center for excellence in Science and Technology. 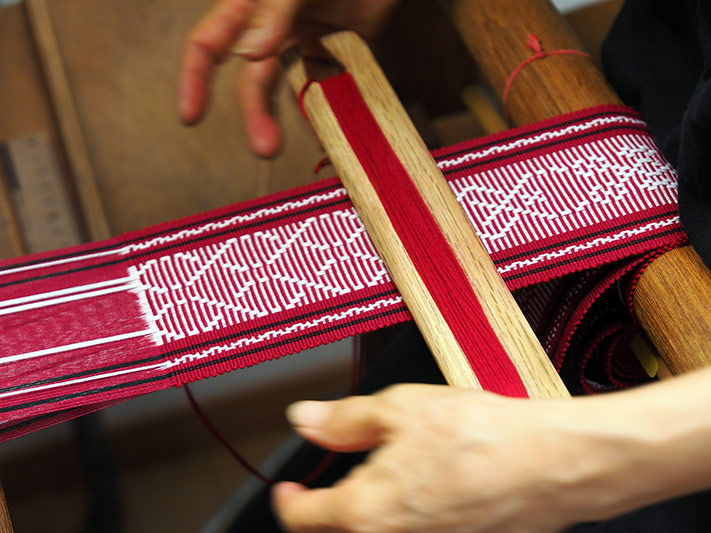 Academic dress is part of a tradition spanning a thousand years of history, connecting us to the first universities in Europe. Originally the daily dress worn by students and professors alike, their use more recently has been restricted to formal occasions of the university.

The OIST academic dress was designed entirely by the students, and follows the red, white and black of the OIST colors. The hood, worn only by OIST PhD graduates, features a local textile, called Yuntanza Minsa using "Guushi-Bana" method, again in red, white and black. The design of the hood combines local auspicious patterns for luck in money and life, and stylized sine waves representing the sciences.

The hoods were generously hand-woven from locally hand-dyed cotton by Ms. Misae Gakiya from Yuntanza Hanaui, a craft weavers guild from Yomitan, and we thank them for their wonderful contribution. 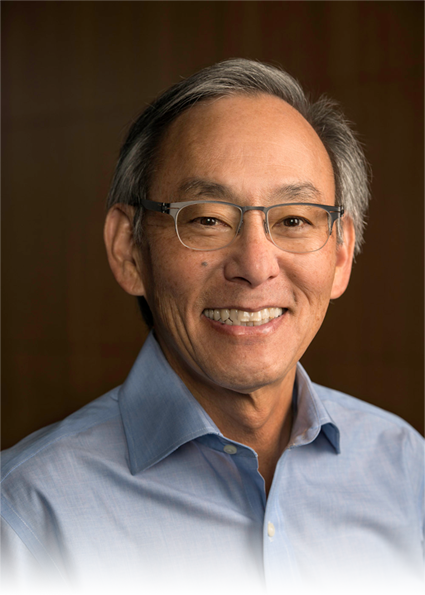 Dr. Chu is a co-recipient of the 1997 Nobel Prize in Physics for his contributions to laser cooling and atom trapping. Currently the William R. Kenan Jr. Professor of Physics and Professor of Molecular and Cellular Physiology in the Medical School at Stanford University, Dr. Chu served as the 12th U.S. Secretary of Energy from January 2009 until the end of April 2013. Prior to this, he was director of the Lawrence Berkeley National Laboratory and Professor of Physics and Applied Physics at Stanford University.